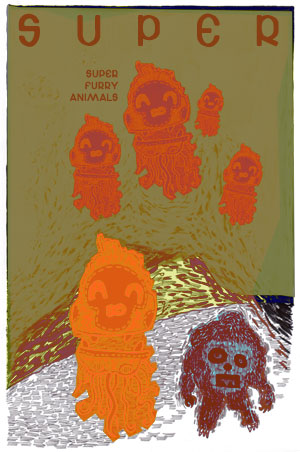 ‘Super,’ pen and ink and photoshop. Another personal poster project for the band, Super Furry Animals.

This started off as a pen and ink drawing. However, I wasn’t at all happy with the original drawing so I coloured the pen and ink image in Photoshop. As soon as I started the drawing I knew it wasn’t going to turn out wellâ€¦so of course it didn’t. 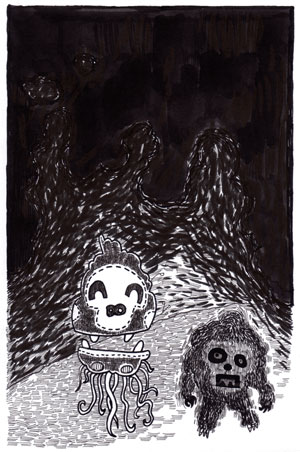 To find out more about the Super Furry Animals, visit the site, www.superfurry.com. 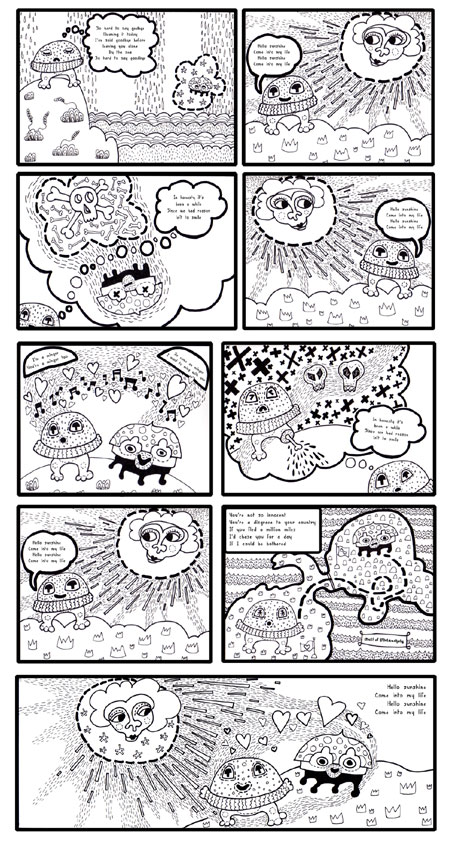 The Gravatar plugin was supported with the Blix theme so all the hard work was already done for me, though I did change the default settings.

Basically, Gravatar allows you to upload an image or avatar to gravatar.com and then associate an email address with the uploaded image. Then, when you supply your email address in the comment form on someone’s blog, the Gravatar plugin automatically retrieves your avatar and you see a gravatar.

If you’d like to see a gravatar next to your comments on CHOBLE, simply visit www.gravatar.com and upload an 80 x 80 pixel image. Once your gravatar (it takes about a day) has been rated, your gravatar will be displayed next to all of your comments.

Here’s my gravatar image that I created in Illustrator and Photoshop. It’s a combination of a vector image overlaid on top of a painting that I posted in Welcome to the New CHOBLE. 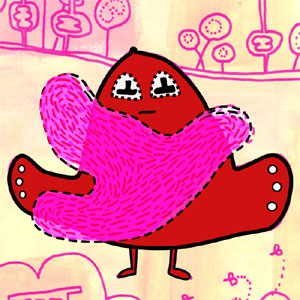 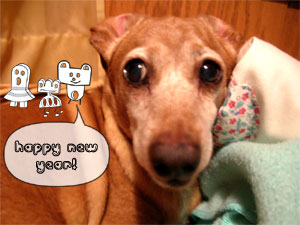 Happy New Year to all of you, my friends and family (that’s Mr. Squeaky Beak above). 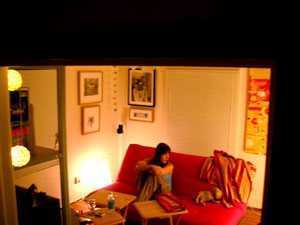 I had a good year and the best part of 2005 was being with Angie (you’re the best, gorgeous :) 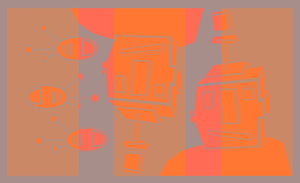 Some orange robots I made as an image for my website. Made with Illustrator. 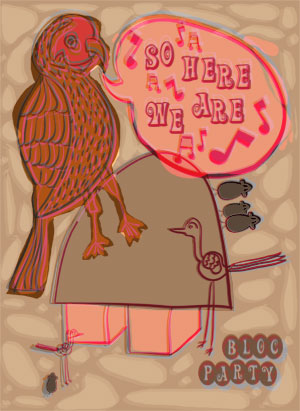 I’ve been itching to make a poster so I decided to make one for a band I like called Bloc Party. The poster references the song ‘So Here We Are’ off the album Silent Alarm. I created all the line work in Freehand and Illustrator and then coloured the design in Photoshop.

To find out more about Bloc Party you can check out their official website at www.blocparty.com. 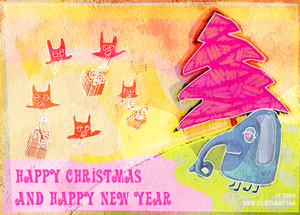 This is my Christmas Card design for this year. I began the card design with acrylic paint on watercolour paper. I haven’t painted in a while so this project seemed like a good place to start.

The image below is the original acrylic painting.

I wasn’t really happy with my colours or edges in the original painting so I scanned the painting and reworked the design in Illustrator. 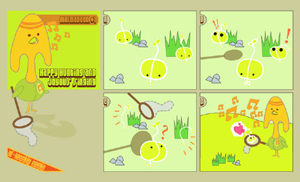 Here’s the opening adventure of Marmaduck.

This is my first finished comic style illustration of a character from my sketchbook. I tried to keep things simple , hence no text bubbles and only four panels. I have always loved Double Fine’s comics (go to www.doublefine.com to view) and thought that their four strip panel sets were a good minimum number. Despite keeping things simple it was harder than I thought, but I really had fun creating the Marmuduck panels and it was an excellent new challenge for me. If anyone has any advice on how I can improve my comic skills for the next set, please let me know.

I was also inspired by Pete Fowler’s great little comic strips from his ‘Ken’s Mysterious World’ series. I’ve included a scan below.

I actually created this comic panel for my redesigned web site (which you can view at www.gilestimms.com, though it’s still being updated). I thought that it might make the home page more interesting to have something different every so often, hence the comic. Hopefully I can create a new set every fortnight, especially if I keep things simple with the vector format.

Anyway, this was entirely created in Illustrator. 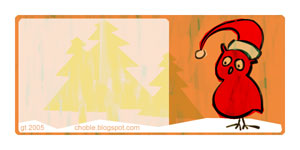 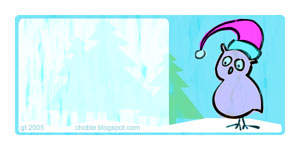 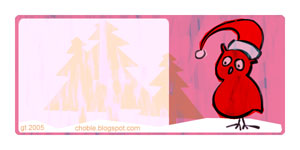 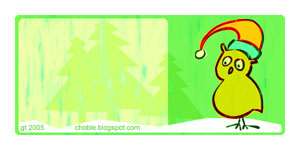 These are the designs for my Christmas labels (for presents). The owl was drawn with Freehand’s Calligraphic brush tool (I think I really like this tool) and then color was added in photoshop. 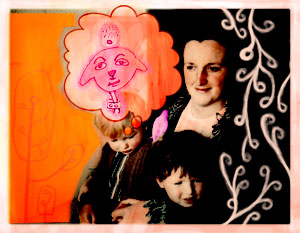 A lot has happened in the month since I posted last; I resigned at my job, sold my house and decided to apply to a few MFA programs. Anyway, thanks to my family and friends for all the encouragement and support I’ve received recently during this transition.

The image above is derived from a childhood photo of me, my older brother, my mother and our pet bird (called Starsky, after…Starsky and Hutch). My Dad took the photo and I’ve always been really fond of it. The final image is the product of Freehand, Photoshop and Painter.