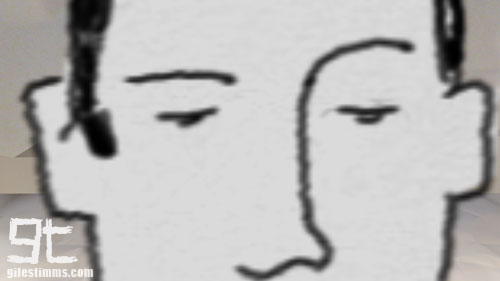 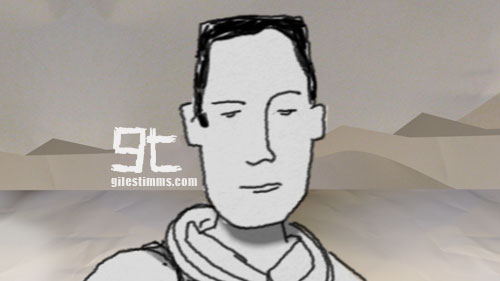 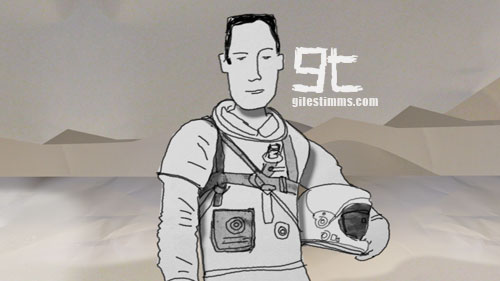 MS = Medium Shot
Waist up
Used as a transition between LS and CU. Good for showing body language. 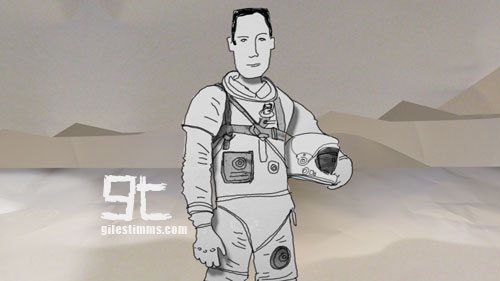 MLS = Medium Shot or ‘Cowboy Shot’
Frames the figure just above the knees. Also called a ‘Cowboy Shot’ because this shot type was commonly used in westerns to show the gunslingers and their holsters. 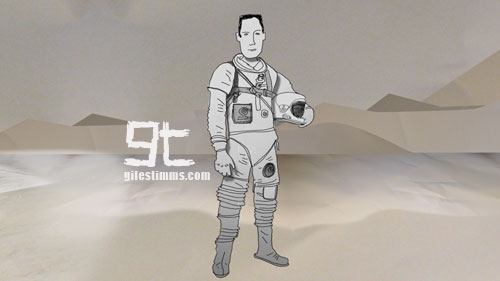 LS = Long Shot or Wide Shot (WS) or Establishing Shot
Frames the whole figure. Used to show where we are, who is there and where they are in relation to one another – the establishing shot. 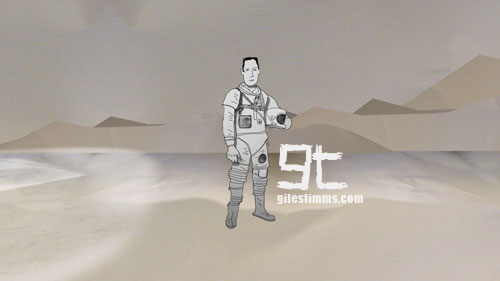 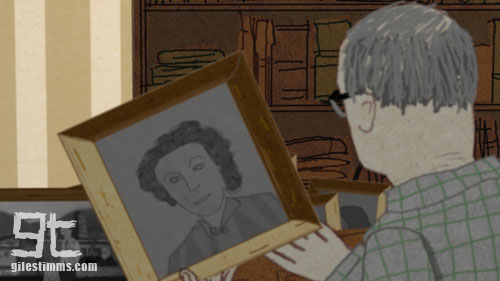 OTS = Over The Shoulder

Here are some basic shot types or framing methods that I put together with some of my animated cut-outs for teaching material. I’ve never been able to find images of shot types that I’ve really liked so I decided to make my own using my cut-out figures from previous projects.

The top series of images, of the 1960’s Mercury styled astronaut, is created from the animation that I made for a documentary, ‘Lucky.’ I worked as an illustrator/animator/compositor on ‘Lucky.’ ‘Lucky’ was directed by Jeffrey Blitz.